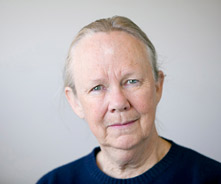 a. Three or more of the following behavioural symptoms

Loss of sympathy or empathy

b. Prominent decline in social cognition and/or executive abilities

a. Prominent decline in language ability, in the form of speech production, word finding, object naming, grammar, or word comprehension.

a.     Fluctuating cognition with pronounced variations in attention and alertness.

b.     Recurrent visual hallucinations that are well formed and detailed.

c.     Spontaneous features of parkinsonism, with onset subsequent to the development of cognitive decline.

Neurocognitive Disorder due to Parkinson's Disease

Differences between DSM-5 and DSM-IV