Tics and Tourette Syndrome in Children and Adolescents: Information for Primary Care

Summary: Children/youth may present with brief motor episodes, but not all are tics. Tics are neurologic in basis, and have specific features (e.g. suggestible, suppressible, worsen with stress and have an associated premonitory urge). Most movement difficulties and tic disorders improve with time. Management includes starting with education of the family about the nature of tics and informing the school. Further steps might include (referral to) habit reversal therapy and other psychological interventions. Should tics persist and cause impairment, medication treatments include clonidine and guanfacine. Otherwise, antipsychotics such as Risperidone or Aripiprazole are often used. Look for and manage any comorbid conditions such as attention deficit hyperactivity disorder (ADHD) and obsessive compulsive disorder (OCD) as they often cause more significant issues than the tics themselves. Should tics persist, or should it be a complicated presentation, refer to specialty care.
Add to Info Cart
PDF 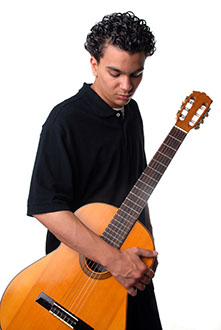 You are seeing a 15-yo teenager whose mother has brought him to see you due to frequent blinking and grunting. He tends to do this more when he is watching TV, and less when he is focused on a particular activity such as playing guitar. Unfortunately, his siblings do not understand and are getting annoyed at him for grunting and making noises.

When you ask him about his main concerns, he states he is more concerned about his siblings teasing him for his grunting, as well as troubles paying attention in class.

Older children and adults may report a premonitory sensation such as paresthesia prior to the tic.

After suppressing tics all day, a child may experience temporary “release” of tics upon returning home.

Age of onset: Usually tics start around age 5-6 years, but patients are often not brought to see a physician until later around 9-10 years (Mills, 2014).

Tics tend to come and go and change over time. Even when they are particularly bad, they often improve again after several weeks.

As the youth ages:

Tics are felt to be due to basal ganglia dysfunction and immaturity. As a result, tics generally  improve as the basal ganglia and other relevant systems develop and mature.

In most cases, the tics themselves are not the main cause of impairment, but rather the comorbid conditions such as attention deficit hyperactivity disorder (ADHD), obsessive compulsive disorder (OCD) and executive skills dysfunction that can occur as well.

Parents may bring the child to be seen for symptoms of impulsivity, behavioural issues or obsessive compulsive symptoms.

For more details, please see the decision tree from the ESSTS (Cath, 2011).

Comorbid conditions are present in the majority (80%) of those with tic disorders and Tourette Syndrome.  Screen for comorbid conditions, which often cause a greater impact than the tics themselves:

A full physical including neurologic exam is important to rule out progressive neurological disorders (Mill, 2014).

It is also possible that the child’s tics may be suppressed during the office visit. If this is the case, consider asking parents to videotape the tics.

Are there classic tic or Tourette features? → Further investigations are not required.

Are there any of the following?

If so, then consider referral to

Management of tics starts with non-medication interventions such as:

Psychological interventions including the following:

Consider writing a letter to the school that documents the diagnosis of tics or Tourette Disorder. This helps educators understand the nature of the child with tics and Tourette, in order to help create a more understanding environment. When teachers (or peers) do not understand tics, they may inadvertently tease, ridicule or discipline a child for the tics, in particular vocal tics such as grunting or swearing.

Do the tics meet any of the following indications for medications? (Roessner, 2011)

Medications for Treatment of Tics in Children/Youth

Management Based on Target Symptoms

When to Refer to Neurology

If tics are causing distress at home and school, consider referring to:

You are seeing a 15-yo teenager whose parents have brought him in due to frequent blinking. Your assessment shows that aside from the blinking and grunting, he does not have any other unusual movements, and that his movements appear to be typical of tics. You give him a diagnosis of provisional tic disorder. You provide some information to the family, which will hopefully help the family (i.e. siblings) be more accepting.

Given his complaints of attention however, you ask them to come back in a few weeks time to explore further.

Opening the Door to Better Mental Health for Your Youth
The keys to taking care of youth mental health are to work towards building close and genuinely supportive relationships and promoting mental wellness, and to get help early should problems arise. This free guide was designed to help parents forge and strengthen those connections and support their youth's mental health.
Parters for Mental Health
Audience: Public (www.ementalhealth.ca)
Resource type: Printed materials including handouts, brochures and books, Websites including blogs, support forums
Filter By:
Reset Filters
You may also be interested in the following subheadings:
Counselling and Therapy
Day treatment programs
Housing and Home Supports
Self-help, Mutual Aid and Support Groups
Community Health and Resource Centres
General Community Mental Health Services

Filter by age:
Add to Info Cart
Examples of Common Workplace Accommodations   Accommodations should be based on your needs and the employer’s resources. There is no standard list of reasonable accommodations, but here is a list of commonly provided workplace accommodations: Job coach assistance in hiring and on the job mentoring as necessary. Job coach/mentor could be from an external agency or be f...
More...